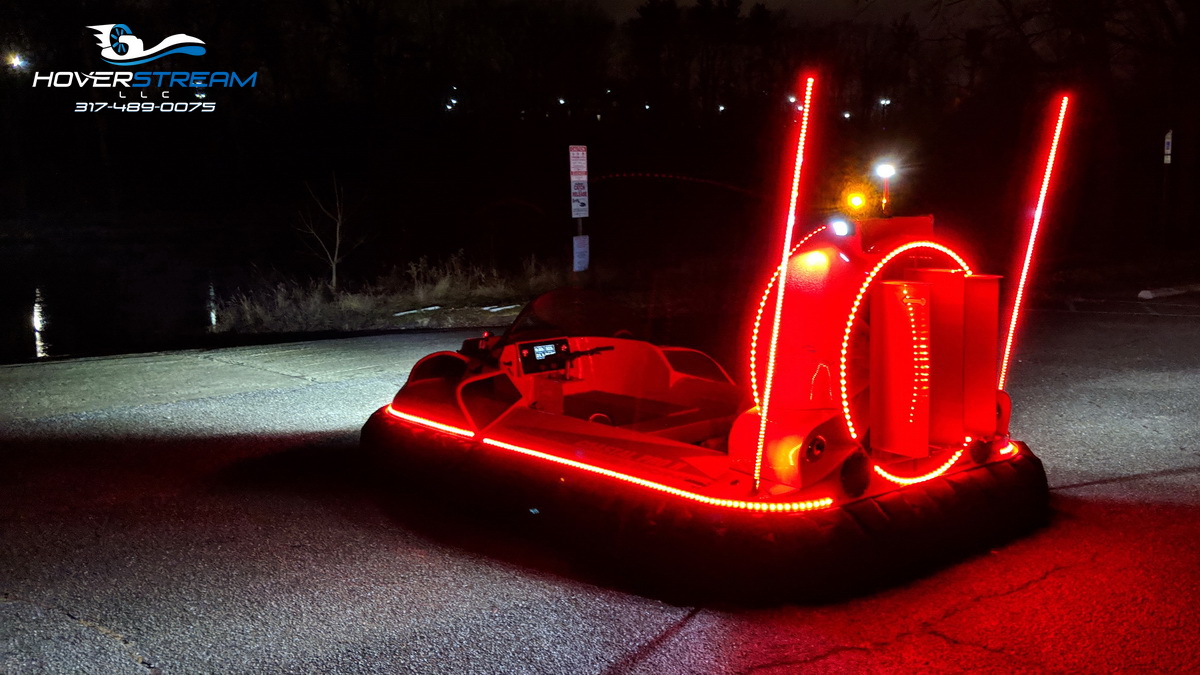 To say that this one received a lot of attention would be an understatement. With nearly 62 feet of full-color LED strips, you’re going to be noticed! The LEDs are fully programmable using a smartphone app. You can make them any color you want. You can adjust the brightness.  Make them flash fast or slow with adjustable speeds, have them cycle through colors, you name it. 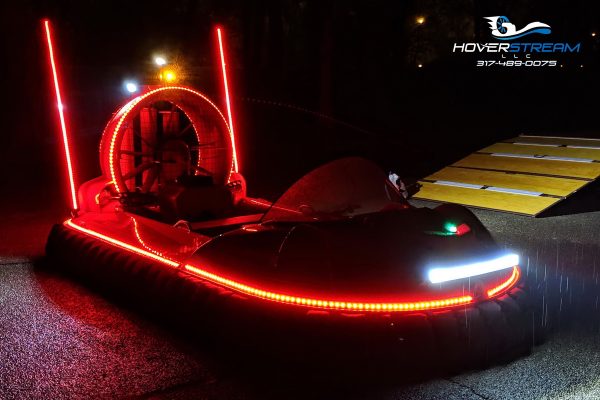 A few months ago, one of our long time customers who owns a Marlin decided he wanted to upgrade to a Coastal Pro 2. He wanted more weight capacity to take people on rides, and he wanted the versatility of twin engines to conquer his rough and rocky local rivers. But he also wanted to really promote the hovercraft sport and that would require something special that truly stood out.

All hovercraft tend to be conversation starters. Few things draw a spontaneous crowd quite like a hovercraft. Whether it’s unloading in the parking lot at the boat ramp or just stopping at a gas station with the hovercraft on a trailer, you’ll always be answering questions. So when this long time customer said “I had this idea of putting LED lights all over the machine, do you think you could do something like that?” All I could do is smile and say “Oh yeah, we can do that!”

In the end, it turned out better than any of us ever imagined. The owner picked it up right before Christmas and was grinning ear to ear the whole time we were out playing with it. It’s really something to see in person. In fact, another potential customer just happened to come by the factory a few days before this machine left and all he could say was “That’s incredible! I want that! Exactly that! Write up another one of those for me!”

So now we’re building a second one and I have a feeling it probably won’t be the last. 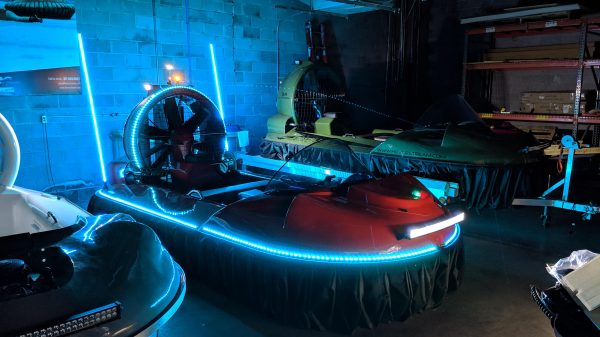