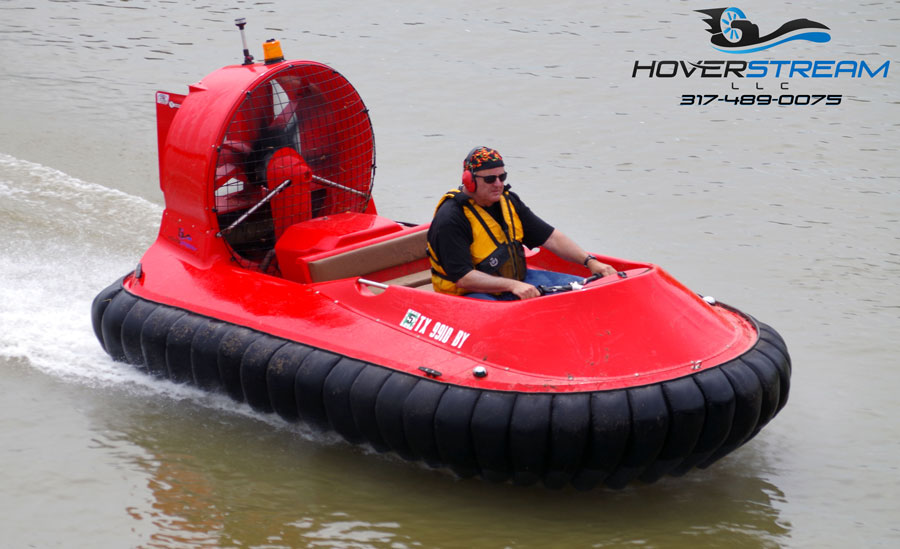 I just happened to get into Hovercraft by accident. While serving in the Navy and stationed in Seattle, I saw a show about Hovercraft on the Discovery Channel. Early on, I purchased a used craft, and bought second-hand parts from Jason Kuehn through his specialized parts-only company.

In late December 2012, when Jason announced that he would start selling new craft through his upstart company, Hoverstream, I was excited because I had been reading about the benefits of the four-stroke engines over the two-strokes. I knew Jason was going to start selling these, so after he answered all of my questions, I ended up buying the Marlin II in 2013. I’ve been having a lot of fun with it ever since.

Living in the Dallas/Ft. Worth area, we don’t have really good size rivers. They are more characteristic of shallow water rivers with lots of sandbars—and this craft is ideal for that. We have been having a blast down here with family and friends, taking day trips and weekend camping trips with family and friends, using the Marlin II. This craft has proven its reliability and durability over and over in the conditions we have in this area.

In addition to a great machine, Jason is very customer service oriented. I’ve always found him to be very helpful in resolving any issues that surface. He has so much experience, and he’s very knowledgeable, whether it’s about the products or about the world of Hovercraft in general.

Dale Walker is a Hoverstream Marlin II owner. In fact, he bought the first Hoverstream ever sold. He puts a lot of hours on his machine and probably has more experience in it than anyone in the U.S.